Tutor Spotlight: What It’s Like to Be a Woman in Physics 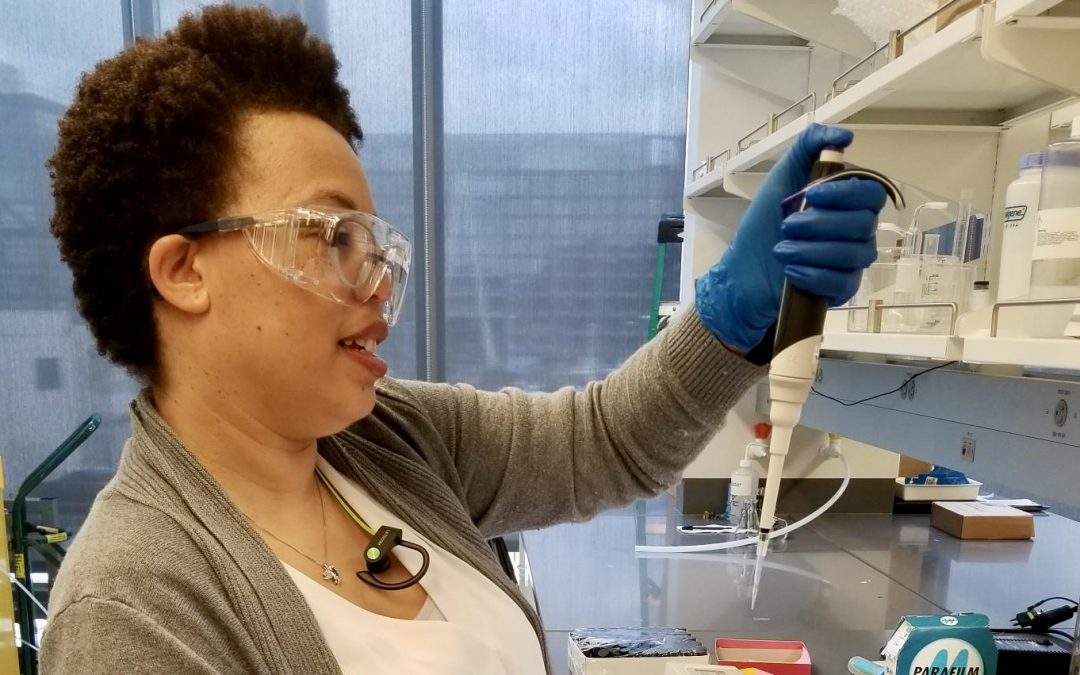 Charlezetta “Charley” Stokes is a Tungsten Prep tutor and Physics PhD candidate at Howard University.  Her experiences as a black woman in STEM inform her teaching style and motivate her to help students find the inner drive to pursue lofty goals.

How did you get into physics?

I was fortunate to have really amazing science teachers in middle school and high school.  One particular teacher let us get away with just about anything, as long as we could make it science-oriented.  Another blew my mind explaining the difference between distance and displacement – he walked around the classroom and came back to his starting point and you could see eureka moments all over the classroom.  I thought, “This is what I want to do.”

Were you aware of gender or race in science at a young age?

Not initially.  As a child, I had an opportunity to go to several STEM summer camps starting in 7th grade.  At the time, I didn’t realize that some of the programs were part of a National Science Foundation’s initiative to increase retention of minority students in math and science.  In those programs, the counselors and instructors looked like me.  The kids in the program were African-American kids from inner cities across the Midwest, just like me.  It wasn’t until I attended programs as an upperclassman in high school that the demographics of the programs changed, rather drastically.  I realized that minorities weren’t being retained.

I don’t think I fully understood how rare it was to be a black woman in physics until I became a Guest User at the National Institute of Standards and Technology (NIST).  Around this time that I met Dr. Jami Valentine.  She and a colleague run the African-American Women in Physics (AAWIP) website which maintains a list of all African-American women who have ever received a physics doctorate.  When I finish my PhD this spring, I’ll be roughly number 145.

What kind of hurdles have you experienced?

Physics is a profession where time is of the essence and you’re in a race to reach the next discovery.  This means progress is everything!  Most hurdles haven’t been malicious or intentional, but there’s a true lack of consideration for the real-life experiences of women.  While in graduate school, I married, changed my last name and had two children while raising a third, teenage stepchild.  Consequently, I lost some continuity between my graduate achievements and my accomplishments predating my name change.  I lost momentum each time I transitioned—first from a single woman to a married woman with one child, then each time I gave birth.  Professors and advisors often expect pregnant or nursing women to produce at the same level as they did before kids or at the level of a male peer who has a child but is not a primary caregiver.  We are taught that academia is the last bastion of meritocracy, but the reality is that there are still subtle structural challenges that can prevent really great scientists from succeeding.

How did you manage the challenges of being one of the only women?

Initially, it was difficult to build a support structure for myself, especially when I was managing so many other facets of life and becoming keenly aware of how “novel” I was.  My latter-day saving grace was an unexpected opportunity to work with an African-American woman engineering professor.  Her support and guidance, as well as her ability to tap into a network of other Black women in STEM has been instrumental in my growth as a competent, confident scientist.  The women that comprise that informal pipeline make things happen!  They realize that even the most prominent women in STEM can’t stand on legacy, so they are constantly building while inviting up-and-coming women in STEM into the network.  I’m proud of the support systems to which I’ve contributed and from which I’ve benefited.  My female colleagues and I are more than just work associates; we’re family.  We watch each other’s kids (at home AND at work).  Help with homework, exam study, even laboratory work.  We create and maintain the space for our mutual success.

Today, my department’s student body is largely female, and several graduate students besides myself have at least one child.  The presence of so many women, so many mothers, in physics is something that wouldn’t have happened two decades ago, and that’s real progress.  Transformations like that don’t happen overnight or in a vacuum.  Hence, it is strange to me that there is such an absence of support systems that, for example, a woman would feel it necessary to bring her baby to a lab to get work done.

What kept you pursuing physics through the obstacles?

Some of it was love for physics.  Some of it was refusing to be cowed.  I put too much time, too much effort, too much of myself into science to say, “I give up.  I’m done.”  To get this close to a dream I’ve had since childhood, then not get it…?  That was impossible to consider.

How do you encourage young women interested in physics?

I love seeing young women and girls interested in STEM, but I am also aware of the difficulties they may face in pursuit of STEM careers.  I like to give them the opportunity to enter the field well-informed.  I let women entering my field know up front that they’re up for an unequal fight.  They need to be taught how to build support systems and be willing to become that support system for others.  That being said, I like to think that the inroads we’re able to carve today make the way easier for those that come behind us.

Want to work with Charley?  Contact sheena@tungstenprep.com to check her availability or discuss any other tutoring or test prep needs.